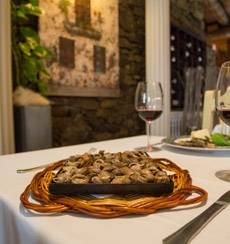 The Principality’s cuisine has benefited from some wonderful recipes and traditional dishes from neighbouring Lleida province in Catalonia. “La llauna” snails are a clear example.

The snail species used for this recipe is the garden snail, known in Andorra and the surrounding areas as Bover.  It is a medium-sized snail that can be cooked in many different ways: grilled, in a tin, sautéed in its juices, with a vinaigrette, etc. However they are done, if done right, they are delicious.

In the case of “La llauna” snails, they are cooked in an aluminium tin over the grill or in the oven, with spices to taste like paprika, thyme, rosemary, oregano, pepper, parsley, garlic, marjoram, salt, etc. These condiments boost the flavour of the snail, and you eat them by pulling them out of their shell with a toothpick. Its a delicious traditional dish often served in Andorra’s restaurants and “borda” mountain chalets, and is perfect for snacking on and sharing at a lunch or dinner. 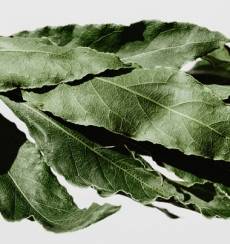 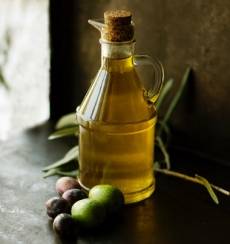 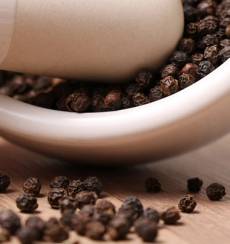 Before boiling the snails, starve them for one week to purge their insides. Add flour from time to time. When you are going to cook them, wash them several times changing the water frequently. Once clean, bring them to a boil in a pot of cold water so they cook with their heads out of their shells. When they have been boiling for 5 minutes, add spices like bay leaf, thyme, mint and pepper and let boil for 30 more minutes. Once well boiled, they are ready to be cooked in the oven or on the grill.

In the oven
To cook the snails in the oven, first preheat to 180ºC. Meanwhile, salt the snails with fine salt inside and outside the shell. Once the oven is heated, arrange the snails on a baking tray and put them in the oven. Take them out after 5 minutes to add black pepper and a bit more oil. Put them back in the oven and let them cook until the snail meat is toasted and golden. If you want them a bit more toasted, you can put them under the broiler for a few more minutes.

On the grill
Arrange the snails heads-up and close together in a roasting tin. Put the tin on the grill and cook over low heat. When the snails have come out of their shells, raise the heat and cook for around 5 minutes. Sprinkle them with the oil, add the salt and pepper inside and outside the shell, and let them cook for 5 more minutes. Finally, put them under the broiler so they get well toasted. Serve with a vinaigrette or alioli, meat and a good wine.