BE INSPIRED BY OUR CULTURE

Don’t miss the most highly anticipated show. Get your tickets now and take your family to enjoy this unique performance that’s only in Andorra.

NOT TO BE MISSED!

With such an important cultural heritage, you’ll find examples of religious and Romanesque art all across this country. We invite you to explore our streets and discover all the secrets and curiosities of our most cherished culture.

The most picturesque villages

This summer, take a stroll through our fairy-tale villages and fall under the spell of an idyllic setting: old houses, cobblestone streets, and lots of lush vegetation all around you!

Explore the country’s rural setting and history by doing any of the Andorra cultural itineraries. 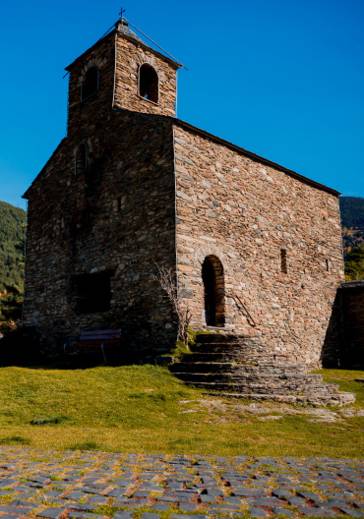 This tour will take you to more than 40 churches where you can view masterpieces of this medieval art, which left a lasting impression on Andorra 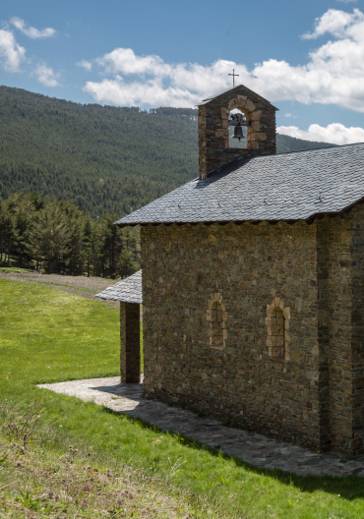 Seeing this type of art in Andorra’s ecclesiastic monuments is a great way to discover all the secrets of the area's religious culture. 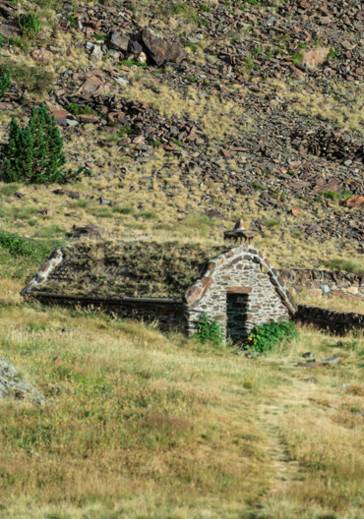 Much more than a mineral

Closely linked to agriculture and animal husbandry, dry stone is an important part of our history. Learn all about it! 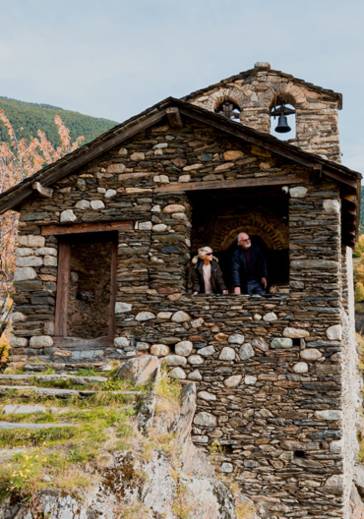 10 ways to see the Romanesque

Think you know everything about Andorra? In this article, we tell you about 10 of the country’s best Romanesque curiosities.

ANDORRAN CULTURE AT YOUR FINGERTIPS

This summer, the tourist bus will be offering different itineraries that will allow you to explore the culture and landscapes of Andorra. But it’s not just limited to these excursions: you can also get the PassMuseu museum passport and discover another side of our country’s culture.

Jump on the Tourist Bus, one of the best ways to learn about Andorra's culture and take in its landscapes. Its tours will bring you in contact with Romanesque art, museums, Andorran customs, etc.

Learn a bit more at the 4 cultural visitor centres in Andorra.

THIS IS FOR ME!

DO YOU ALREADY HAVE YOUR MUSEUM PASS?

Access the 20 museums of Andorra that are included with this passport and complete your stay by visiting each one.

Enjoy this surprising Andorran tradition, considered an Intangible Cultural Heritage of Humanity by UNESCO, with fire as the centrepiece 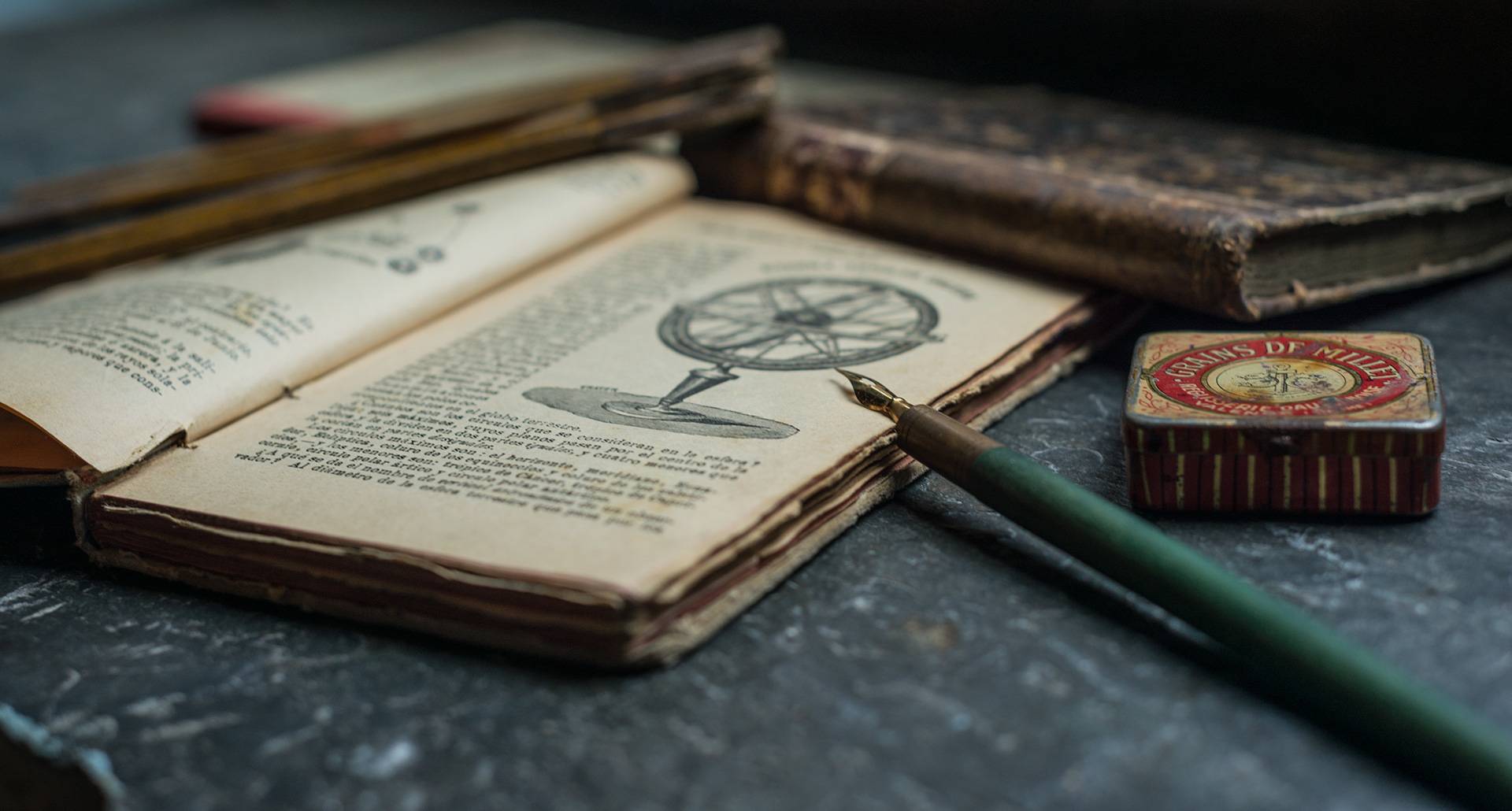 MUSEUMS IN ANDORRA: ART, TRADITION, SPORTS, AND MUCH MORE

Andorra has the highest number of museums per inhabitant in the world. We have museums for everybody! Our exhibition centres are dedicated to culture, motoring, industry, the countryside... Discover a wide range of activities that will live up to your expectations here.

Come and visit a new landmark for Andorra’s culture: the new Thyssen museum, recently opened with works by the masters

I WANT TO GO
EVERYONE'S HOUSE

Visit the Casa de la Vall, Andorra's most iconic building: Here the Consell General met for centuries and its rooms are overflowing with history

THIS IS FOR ME
ESPAI COLUMBA

Discover the Espai Columba visitors’ centre – the heart of Romanesque art in Andorra.

These are the cultural events you can visit when you’re in Andorra. They are a great way to learn about the history of the principality and much more.

ANDORRAN CULTURE WITHIN YOUR REACH

On the cobblestone streets in the museums, in the churches and amidst the breathtaking landscapes, in Andorra la Vella and in all the other parishes, culture will be all around you, everywhere you look. Come and discover our culture, find out more about Andorra!

On the street and in museums

In Andorra, culture is an intense experience. In fact, the Principality's density of museums per inhabitant is second to none. They are places for learning and leisure, frequented by Andorrans and tourists alike.

Andorra's culture isn't limited to exhibitions, it's present everywhere, on a daily basis, from traditional festivities to everyday customs that are passed on from generation to generation. Summertime is particularly fit for discovering some of its most unique folkloric celebrations, such as the Fallas and Fallaires, declared Intangible Heritage of Humanity by Unesco. Held on 23 June, the youth of Andorra la Vella, Encamp and Sant Julià de Lòria make spectacular fireballs to celebrate Saint John's day and the summer solstice.

You can also admire Romanesque architecture, either among the streets of our cities or amidst nature, as there are more than 40 churches in Andorra dating from Medieval times and built in this style. Santa Coloma, Sant Miquel d’Engolasters, Sant Romà de les Bons and Sant Climent de Pal are just a few representative examples of this architectural style, which can be found in every one of the Principality's parishes. The Romanesque Andorra Interpretation Centre is located near the latter and holds magnificent pieces from churches all around the country.

While most of these churches are still devoted to religious purposes, to truly get to know the most spiritual facet of Andorra visitors should visit the modern Santuario de Meritxell Basilica, devoted to the patron saint of Andorra. The basilica mentioned above, as well as the most remarkable Romanesque churches in the country, are along the route of the Tourist Bus, which is a good way to effortlessly discover Andorran culture.

Museums to suit every taste

In Andorra there are exhibitions and educational centres to suit everyone. The Thyssen Museum—one of the latest additions to our cultural offer—, housed in the old Hotel Valira in Andorra la Vella, holds important works of art belonging to the collection of Baron Thyssen Bornemisza and his heirs.

Andorran museums don't focus solely on art, but cover a wide range of interesting matters that will please all kinds of visitors. The automotive world, for instance, is the subject of the Motorcycle Museum and the National Automobile Museum. The Rural Habitat, on the other hand, is an interesting proposal to discover the customs and way of life of our ancestors, while the Tobacco Museum covers the tobacco industry and its history. Perfume, miniature models and comic books are other themes that have museums of their own. The centres mentioned above, as well as many others, are covered by the PassMuseu discount card.

Come and discover Andorra's cultural facet thanks to exciting proposals like these!