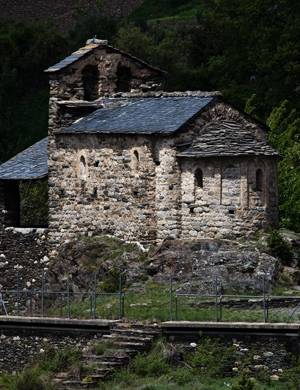 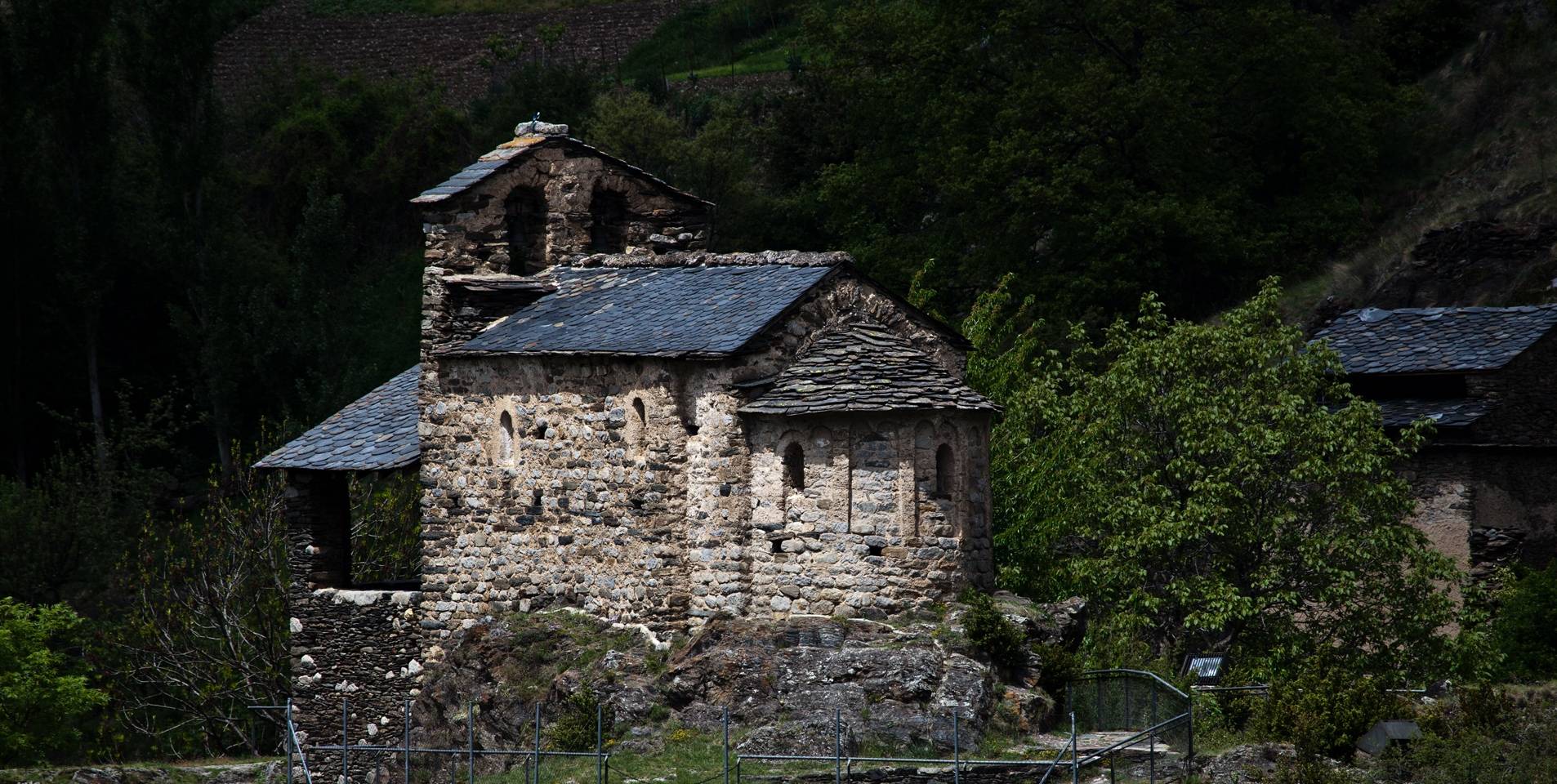 It includes the church of San Romà and a 4-storey former defensive tower – both dating back to the 14th century – as well as two modern dovecotes and a water tank carved into the rock. Of this interesting complex brought to us from mediaeval Andorra and strategically placed on a rocky promontory to overlook the entrance to the Valley, the 12th century church of Sant Romà stands out with the reproduction of the Romanesque paintings of the Master from Santa Coloma: they represent an apocalyptic vision of Saint John, with traces of “tetramorphs” and a “Maiestas Dominiestas” (Christ in Majesty). Most of these paintings can currently be found at the MNAC Museum in Barcelona. This small church also has a rectangular nave covered in a barrel vault and a modern porch. The dogtooth ornamentation over the door and the Lombard arches of the apse are the building’s only decorative architectural elements.

The church also has 16th century mural paintings representing a Christ in Majesty as well as a small circular altarpiece at the entrance.

Guided tours from mid-July to mid-September. The rest of the year, guided tours on request. Free entrance. 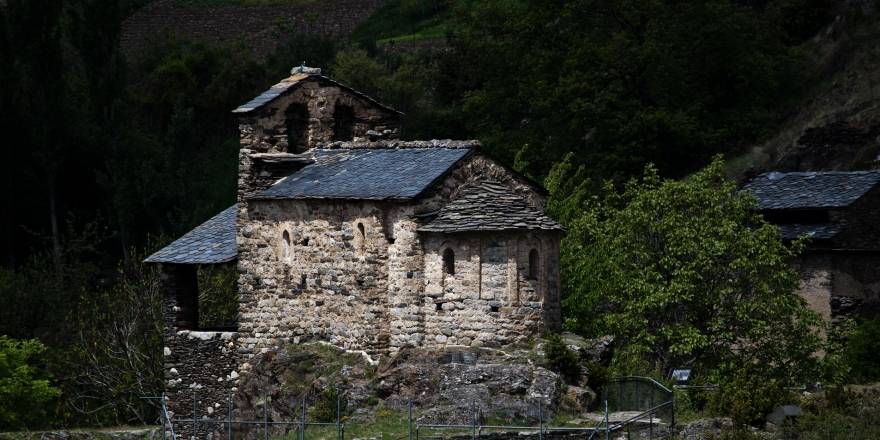