As you know, the Bible says baby Jesus was born in a stable in Bethlehem and put in a manger (“pessebre” in Catalan), surrounded by animals that kept him warm.

The first nativity scene we know about was made in Prague in 1562. In Catalonia and Andorra, as with most Mediterranean countries, this Christian tradition is still so ingrained that the preparation and representation of the Nativity scene has become an art form, and the results are often spectacular. One example is the Giant nativity scene in Canillo, which you can discover along its streets and squares.

In the Països Catalans, Catalan-speaking areas, Andorra has the privilege of being the first to carry out this activity thanks to Esteve Albert Corp, creator and promoter of the living nativity scene in Engordany, which was performed for the first time in 1956. In 2014, fifty years after his final recreation, Escaldes-Engordany recovered the tradition with the Pessebre d’Engordany, which proved hugely popular. (This year, the Escaldes-Engordany living nativity scene has been cancelled due to the COVID-19 health situation).

Also related to the birth of Jesus in Catalan-speaking areas, are nativity plays called “Els Pastorets”, meaning the Little Shepherds. This tradition goes back to the miracle plays performed in the Middle Ages called “officium pastorum” (Adoration of the Shepherds). Such plays are now widely popular and since 1994, Sant Julià de Lòria has held one each year, following the original play by Josep M. Folch i Torres. 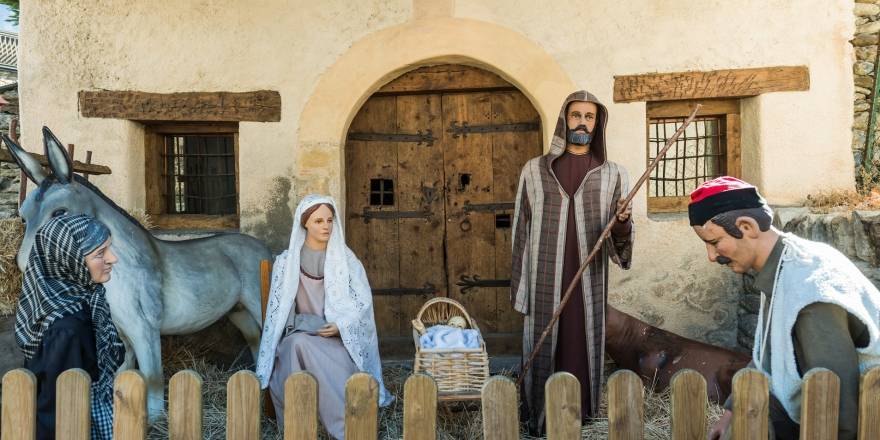