Originating with the traditional forms of Andorran artisan crafts, contemporary art has branched out into its different facets. Sculpture is leaving a significant mark on our natural and urban environments, where it can be readily viewed.

In 1991 on the occasion of the symposium of the 25th anniversary of the Caixa Andorra Social Security Fund (CASS) (Caixa Andorra de Seguretat Social), eight sculptures were erected around Andorra in spots that are emblematic of the country as a perfect example of the symbiosis between art, nature and the urban environment:
“Self-Generating Structures” by Jorge Dubon – Canillo
“A Pagan Place” by Michael Warren – Encamp
“Arcalis 91” de Mauro Staccioli – Ordino
“Storm in a Teacup” by Dennis Oppenheim – La Massana
“Robot in Suspension” by Paul van Hoeydonck – Andorra la Vella
“Physichromie for Andorra” by Carlos Cruz-Díez – Sant Julià de Lòria
“Pep, Lu, Ton, Meritxell, Romà, Anna, Pau, Carles, Eugènia,... and the Others” by Erik Dietman – Escaldes-Engordany
“Homenatge a Andorra” de Toshimitsu Imaï – Ordino

Sculptures along the Iron Route

In 2002, another international symposium was held, in which a whole series of sculptures were selected to shape the Iron Route in Ordino. All these works associate natural raw materials such as stone, wood and iron with the geomorphology, water and flora of the surroundings: A casa da terra e do fogo (The House of Earth and Fire) by Alberto Carneiro, La família Jordino (The Jordino Family) by Rachid Khimoune, Endless by Mark Brusse, Gran carro de ferro i pic (Large Iron Cart and Pickaxe) by Jordi Casamajor, L'Home de ferro talp que camina (Iron Man - mole that walks) by Guy de Rougemont, Terra, ferro, aigua i foc (Earth, Iron, Water and Fire) by Satoru Satu.

Also worth mentioning is 'Robot in Suspension' by Paul van Hoeydonck in Carrer Prat de la Creu in Andorra la Vella, opposite the multi-storey car park, has for some time now been watching over a sculpture park with works by a variety of national and international artists, like Miquel Barceló, Agustí Roqué Judith Gaset, Manolo Valdés and Jaume Plensa. Just a short distance from there, in front of the new building of the Andorran Parliament (Consell General), you will find the group of “Seven Poets”, a metaphor for the seven Andorran parishes, which, like "the anchorites" of Constantinople, looked on from their privileged watchtowers.

Finally, located in the parish of Ordino, there is also the Esquella Forest, a magical forest divided into two areas, where you will find mythological sculptures by local artist Àngel Calvente.

Go for it! Go a step further, you will discover part of our cultural heritage that combines the great outdoors with one of the purest forms of artistic expression, sculpture.

Fountains symbolise the close ties between man and nature, bringing us closer to this precious and scarce element the mountains bestow on us: pure, natural water. 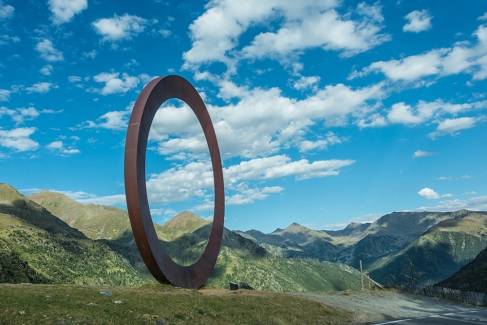 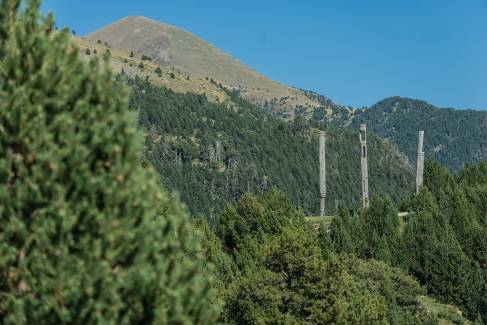 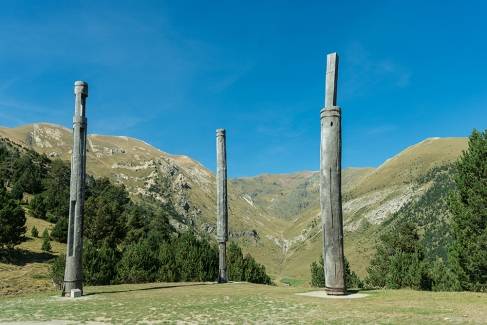 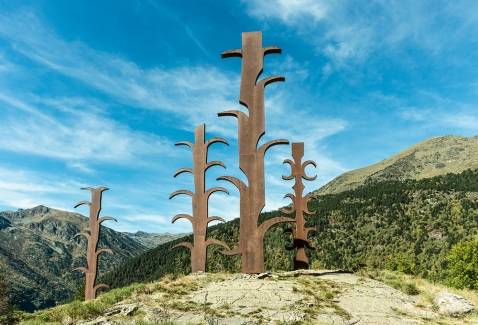 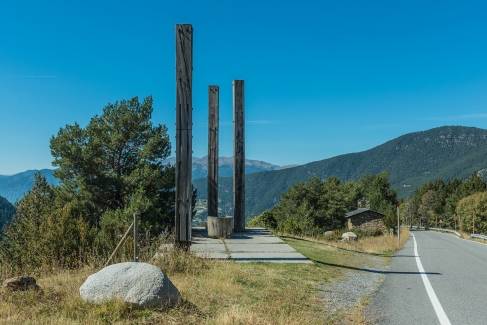 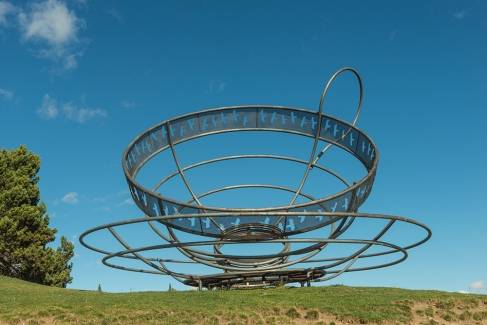 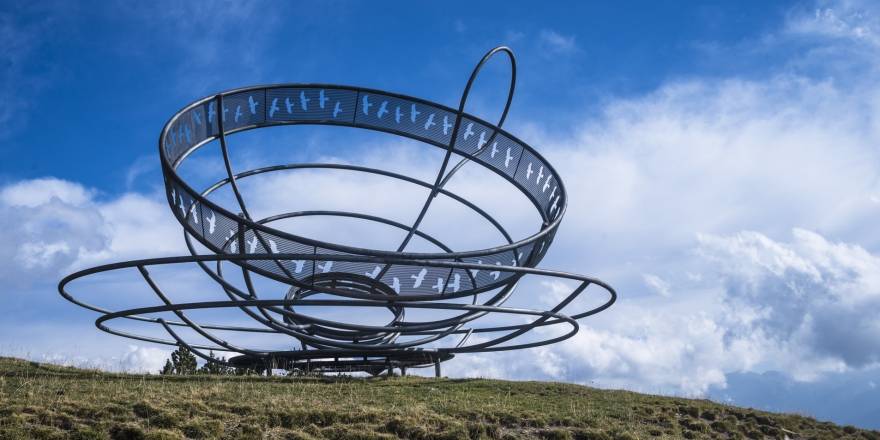