Sant Climent de Pal Church, is a prime example of Romanesque art in Andorra. Located in Palm in the parish of La Massana, this church is one of the oldest buildings that can be seen in the country. Both inside and out, you’ll find elements of great artistic value preserved, from the late 11th century onwards. Fans of the medieval style can top off their visit to this temple by heading over to the Espai Columba Centre, a visitors’ centre situated in Santa Coloma town. Find out all the information you’ll need to better understand both of these tourist attractions.

This church is a building of great historical importance, and is considered one of the oldest temples still preserved to this day in Andorra. The building dates back to the late 11th or early 12th century, but has undergone modifications and extensions in more recent periods. In spite of these refurbishments, it still retains some very unique architectural elements from the original site. Its bell tower, for instance, is of the Lombard Romanesque style, and is three stories high. You’re sure to be drawn to the mullioned windows with rounded arches, especially on the top floor, as they’re the only example of double mullioned windows in Andorra. The church has a rectangular nave and mostly preserves the original Romanesque walls.

The most surprising element is inside, however, where you’ll find the church’s most important religious and artistic relics. There’s a baptismal font, for instance, made of granite, two processional crosses made from polychrome wood and a carving of the Verge del Remei virgin, which dates from the late Romanesque period in the country (13th century). You can also admire an altarpiece dedicated to Pope Saint Clement of Rome, made in 1709. It fits in perfectly with the apse, which was built in the late 17th and early 18th century.

As with other churches in the Principality, you can visit Sant Climent de Pal Church virtually thanks to a high-quality 360º photograph developed by Google, which can be accessed using this link. You can also contact the booking center of the Andorra's Museums and Monuments department. 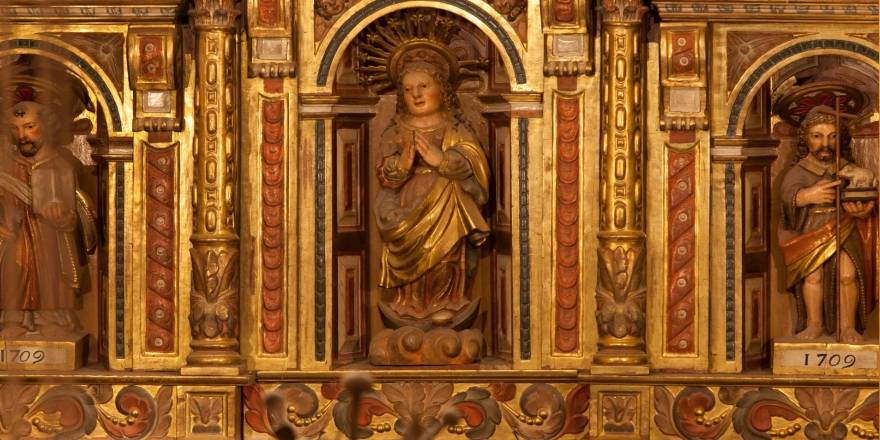