Since March 2017, the new Carmen Thyssen Museum Andorra has been a must-visit exhibition space for lovers of great art, particularly of 19th and 20th-century painting. Here you’ll find out more about this gallery. Don’t miss the chance to visit this modern jewel in the heart of the Pyrenees!

A spacious exhibition space in Escaldes-Engordany

The new Carmen Thyssen Museum Andorra is located on the ground floor of the former Hotel Valira, a historic listed building that is one of the best examples of granite architecture in Andorra. The layout of the granite blocks on the façade, placed in a honeycomb arrangement, reaffirms this feature that is so characteristic of the culture of the Principality.

This museum stretches across 500 m2, with 250 m2 dedicated to exhibition space. The space is fully wheelchair-accessible and boasts the latest advances in museum technology. New technologies play a fundamental role: interactive displays allow visitors to interact with the artwork, offering additional information and alternative points of view.

The exhibitions at the Carmen Thyssen Museum Andorra include some of the best works from the Carmen Thyssen-Bornemisza private collection. Originating from the Thyssen-Bornemisza Museum in Madrid and other galleries owned by the Baroness, the Andorran museum houses masterpieces from the 19th and 20th centuries that represent the main art movements of the time: French and American Impressionism, Catalan Modernism, Fauvism, Cubism, German Expressionism, American Hyperrealism. These include Mata Mua, a painting by Paul Gauguin. Finally, the museum houses works from the 16th century.

The exhibitions are held annually, changing every eleven months and allowing for the creation of ‘mixed exhibitions’ in collaboration with other museums from around the world. Each year, the gallery will welcome new works to surprise even the most frequent visitor.

Finally, it is worth noting that this art gallery was nominated by UNESCO as the best new museum in Europe in 2018, and that it has ranked, among others, in the list of the 20 museums in the world to visit, according to The Guardian.

The Carmen Thyssen Museum Andorra can be visited through a self-led tour with an audio guide or you can request a guided tour. Check the opening hours on the museum's website before visiting it.

The exhibition space is located at Avinguda Carlemany 37, at the upper end of Escaldes-Engordany, next to Vivand, a major shopping precinct in this parish and the Principality. The museum is found in the heart of the nerve centre formed between the town and the capital, Andorra la Vella. For more information, visit the museum’s official website, where you’ll find more details on the entrance price, the exhibition catalogue and audiovisual material on the collection.

African Gommage is a beneficial treatment as it exfoliates and nourishes the skin thanks to the antioxidant properties of Moroccan black soap.

You can reshape and redefine the contour of your body thanks to a body wrap with Natura Bissé creams at Inuu.

Massage is a great way to recover from the stresses of everyday life.

This treatment is designed to soothe sensitive skin. It gently exfoliates, cools and calms your skin while maintaining hydration and reducing redness.

Your feet are a map of your body. Various points on your toes, instep, sole and heel are connected to a specific part of your body.

Andorra’s first escape room offers you the chance to go on an adventure without leaving a closed space.

The 3-star Hotel Comtes d’Urgell is on the Avinguda de les Escoles in Escaldes – Engordany, very near the Caldea spa leisure complex.

The Conseller 2-star aparthotel has 25 apartments for up to 4 people.

The 4-star Hotel Tropical is located on the road out of Escaldes-Engordany towards France, a 15-minute walk from the centre.

The aparthotel has 148 apartments for up to a maximum of 8 people and is located in the centre of Escaldes-Engordany. 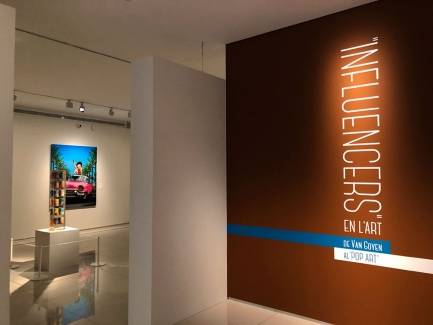