The bridge passes over the River Valira del Nord and the road continues which connects the parish with Andorra la Vella. It is mediaeval in construction and was remade in the mid-20th century. Near the bridge is the chapel of Sant Antoni de la Grella, originally Romanesque and restored in the 1940s.

The Sant Antoni de la Grella bridge is very simple in construction, with a single rounded arch, cobbled paving and a short wall. It is 5.55 metres high and 21.20 metres in length.

Don’t miss the chance to visit the chapel of the same name nearby. This chapel, also Romanesque, is located below the village of Sispony and is built into the stone through which the Valira del Nord river passes. The Sant Antoni de la Grella chapel was restored in the 20th century.

Interestingly, this bridge is dedicated to Sant Antoni Abad, the patron saint of the traginers (the men who transported goods down the river by boat). 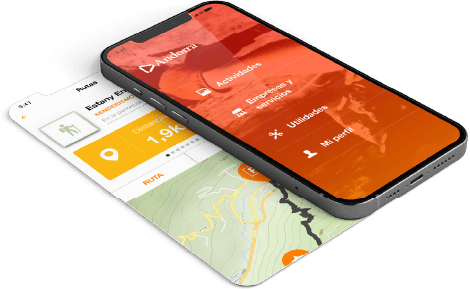