The Sanctuary of Meritxell Basilica is the most important religious temple in Andorra. But as well as its spiritual importance, this place of worship in the parish of Canillo offers other reasons for a visit, in particular its art and natural surroundings. The festival of Nostra Senyora de Meritxell, the patron saint of the Valleys of Andorra, is held on 8th September - the feast day of the ‘marededéus trobades’ (found statues of Our Lady) in Catalonia.

The Meritxell religious site in Andorra is a highly symbolic place for the inhabitants of the Principality. Indeed, it houses the image of Our Lady of Meritxell, the country's patron saint. This is a polychrome statue based on the original Romanesque work, which was destroyed in a fire in 1972. The Basilica is also home to statues of other Andorran saints, the patrons of the country's other parishes: Sant Serni de Canillo, Santa Eulalia de Encamp, Sant Corneli de Ordino, Sant Iscle de La Massana, Sant Esteve de Andorra la Vella, Sant Pere Màrtir de Escaldes-Engordany, y Sant Julià y Sant Germà de Sant Julià  de Sant Julià de Lòria. All the works are from the Andorran sculptor Sergi Mas.

This importance meant the temple was granted the title of minor basilica by Pope Francis in 2014, making it the only such place of worship in the Principality. Since then, Meritxell has been included in the so-called Marian Route, which connects four other important sanctuaries in Spain and France: El Pilar, Montserrat, Torreciudad and Lourdes. For this reason, the temple has become a centre for attracting visitors motivated by faith and spirituality.

A modern construction full of personality

As already mentioned, the Sanctuary of Meritxell suffered a terrible fire on September 8th of 1972. As well as destroying the statue and other objects of value inside, the sanctuary itself was almost completely ruined. Almost nothing remains of the original temple, but visitors can now admire one of the most interesting works by the renowned Spanish architect Ricardo Bofill. The result is, in his words, “a recreation of the Romanesque” style, which was present in the original church and which left a significant mark on the Principality.

The former sanctuary was rehabilitated and turned into an exhibition hall: Meritxell Memoria. Today it holds a permanent exhibition of the history and cult of Meritxell, the patron saint of Andorra.

The end result is a work in a very personal style. It is notable for its open cloister, characterised by its uncovered archways and the miracle room. The use of slate links the new basilica to its natural surroundings and the Andorran tradition. Ricardo Bofill also wanted to provide a note of contrast in luminous white, symbolising snow, which is common in this landscape during winter. The use of this colour combination also recalls typical Italian Renaissance architecture.

We can see Ricardo Bofill’s inspiration from Catalan Romanesque imagery in the large bell tower and the attached cloister covered with ribbed vaults.

Another curious feature of this sanctuary is that it has large windows that let in lots of light, and a fountain located in the middle of the cloister. Both of these characteristics recall techniques of Islamic art.

However, despite the splendour of its exterior, the inside is completely austere with no ornamentation or decoration whatsoever, apart from the stained glass window in the church revealing the meaning of the name Meritxell.

The Sanctuary of Meritxell, a magnificent setting

Another of the charms of the Basilica Sanctuary of Meritxell is its magnificent setting in a sheltered valley in the parish of Canillo. Pure white in summer and a brilliant green the rest of the year, the location of this temple helps imbue the architectural site with solemnity and tranquillity.

You can reach this site by car or Andorran Tourist Bus number 1, which operates from June to September and stops at other interesting monuments in Canillo, such as the churches of Sant Joan de Caselles and Sant Joan d’Encamp. The sanctuary organises guided tours from May to October (upon prior request in the low season). You also have free access to the nature route leading to the Meritxell Oratories and the village of Prats.

For all these reasons, the Basilica Sanctuary of Meritxell has become a must-see attraction for tourists interested in Andorran culture and traditions. Free entrance. 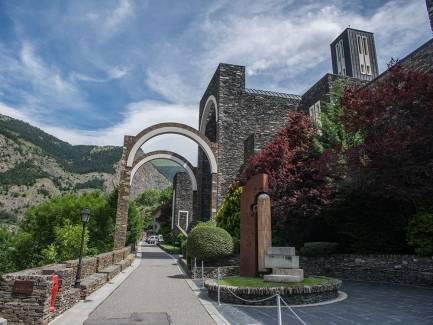 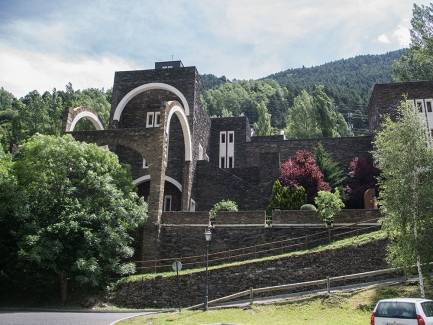 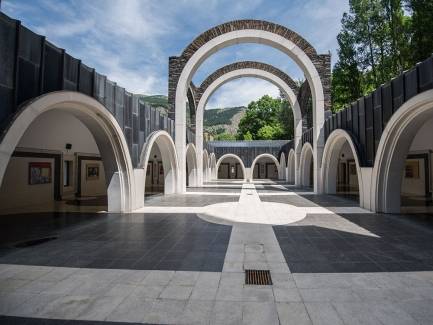 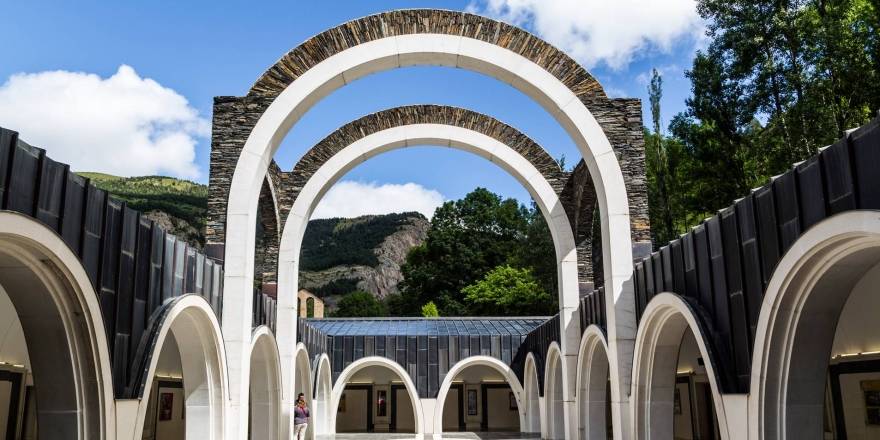