The Canillo Carnival is held over the weekend and ends on Shrove Monday, which this year falls on 24th February.

In Canillo, the Carnival is synonymous with harlequins. They are the stars of the parade which is celebrated after the hanging of the Carnival King. They are also responsible for bringing life to the Carnival and are involved in all the events.
In the past, they were also been the stars of the celebration in Encamp and Escaldes-Engordany, although back then it was mainly just the men who dressed up.

The Canillo harlequin costumes were originally made using old two-piece pyjama sets, preferably in light colours, with colourful flowers and patches sewn on them along with bells, which were tied to the harlequins’ ankles. This tradition has survived down to this day, and some costumes have even been passed down from generation to generation, being a source of pride for many families. The harlequins are also the inspiration for the parish’s pair of gegants (giants), towering figures measuring over three metres tall that have been part of the celebrations since 2012.

Friday 21 February
8:30 Slaughter of the pig with the Canillo Senior Citizens’ Association at the Perecaus building.
11:00 Carnival parade by Canillo’s schools.

Saturday 22 February
16:00 The hanging of His Majesty the Carnival King at Plaça Montaup, followed by the traditional harlequin parade through the parish.
22:30 Evening Ball and costume competition at the Mirador del Palau de Gel.

Sunday 23 February
17:00 Children's Festival with Carnival animation and a costume parade for the boys and girls, along with cake and chocolate for everyone held at the Perecaus building.

Monday 24 February
17:00 Community Botifarrada (traditional sausage barbecue) in Plaça del Telecabina.
This will be followed by the trial, burning and burial of His Majesty the Carnival King. 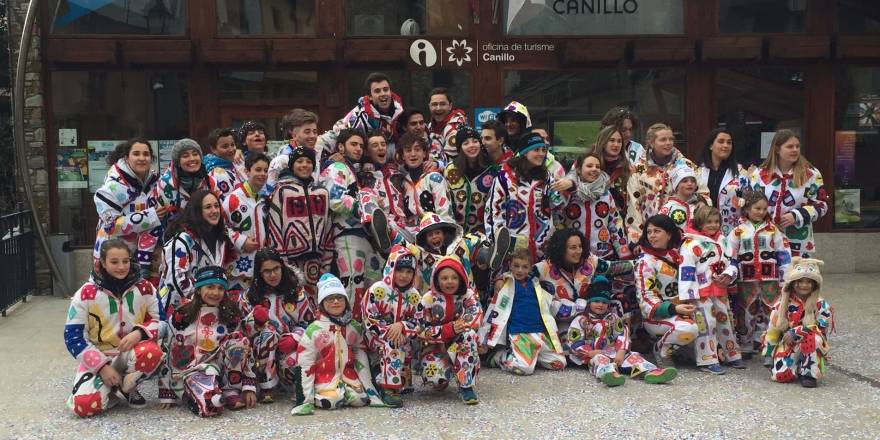