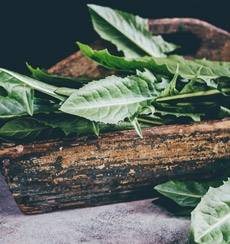 The dandelion is a plant that goes under many different names depending on place, for example bitterwort, blow-ball, clockflower, Irish daisy, lion's tooth, piss-in-bed, pissinlit, priest's crown, puffball, swine's snout, telltime or yellow gowan. Native to the temperate zones of Eurasia, it’s become common all over Europe, and is a highly valued ingredient in many dishes. It’s a hardy plant that grows at roadsides, on the edges of woodland, and in fields and on wasteland.

In Andorra and the neighbouring areas of the Catalan Pyrenees, it’s basically used for making salads. For us it’s the most typical dish from Canillo, although you can also try it in traditional restaurants and bordes (stone-built barns, converted into rustic restaurants) throughout Andorra.

Once spring arrives, when the snow melts, and the first plants start to make their appearance, it’s time to pick dandelion leaves. In actual fact the whole of the plant is edible, although here we only use the leaves. The roots, which are bitter, can be eaten raw or boiled, either as an appetizer or as a side dish. In Slavic countries the buds are eaten, preserved either in vinegar, or in salt as in Sicily. In Occitania they’re fried in olive oil, and used for making omelettes. And the flowers - rather like the yellow daisies that here we call pixallits - are the basic ingredient in a variety of liqueurs made in different rural areas in Europe.

As well as being edible, it’s not surprising that the dandelion also has therapeutic properties, as do many wild plants used in cooking - it’s been used as a medicinal plant since ancient times, when it was more commonly known as Lion’s Tooth. Low in fat, protein and calories, it contains vitamins such as provitamin A, vitamins B1 and B2, as well as vitamins C and E, together with minerals like calcium, sodium, phosphorous, magnesium and iron, among others.

And we’d like to add a fun fact here - our traditional Dandelion Salad has its very own stamp. In May 2019, the Spanish Postal Service launched a new series of stamps called ‘Andorran Dishes’ with two stamps, one of which is a €1.40 stamp featuring Dandelion Salad. The other is €1.50 stamp with a design based on Escudella (a traditional soup). 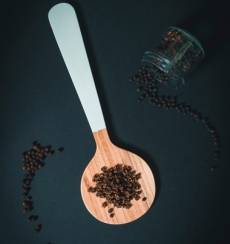 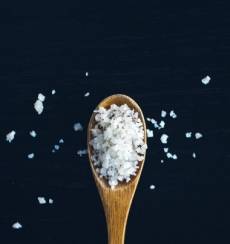 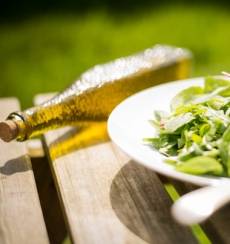 Wash the dandelion leaves well, and leave them in water in a cool place. Then drain them, and dress with lots of oil, a splash of vinegar, salt and pepper, and mix well. After frying the pancetta in hot oil, cut it into small pieces and place it on top of the salad leaves while it’s still warm.