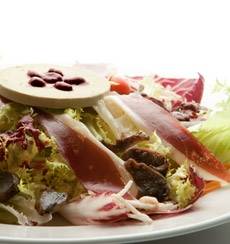 The three basic ingredients in this recipe are a good example of how we’ve adapted and transformed our cuisine over time using readily available products, as well as the influences of the local gastronomic environment.

Humans have been eating curly endive for centuries, and today it is highly regarded for its nutritional value: for example it’s rich in folic acid and in vitamin C. A natural antioxidant, it has diuretic properties and doesn’t cause flatulence. In short, it’s healthy, nutritious and an ideal addition to any dish.

The second ingredient, the duck sweetbread confit, come from Occitan cuisine (they’re called peirièrs or gresiers in Occitan) and traditional home cooking based on local products. This very popular food item is primarily served in salads, such as the one we’re going to give you the recipe for here. In other European countries and the Americas, they’re cooked in other ways, too: in stews, breaded, fried or roasted.

The third ingredient is the mushrooms. There are many kinds of edible wild mushrooms that have traditionally been used in our cuisine. The best known are saffron milk cap and porcini mushrooms, but there are others that are prized by gourmets as well. Mushroom hunters have endless tales to tell about chanterelles, grey knight mushrooms, fairy ring mushrooms, St George’s mushrooms and the more elusive types such as the coral tooth fungus. Despite the air of secrecy that usually surrounds mushroom hunting, there are several areas in Andorra that are well known to mushroom pickers, such as the woods of Coll d’Ordino and Pal (La Massana), Rabassa (Sant Julià de Lòria) and around Sorteny (Ordino).

In any case, in our recipe, you’ll find a dish featuring a delicious mix of sautéed mushrooms that you can enjoy in different restaurants all over the Principality. 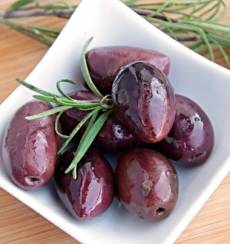 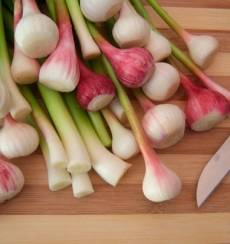 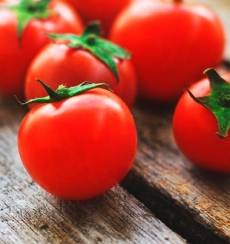 Soak the curly endive in water for a few hours, drain well and prepare for serving.

Prepare the duck sweetbread confit in advance as follows: like the duck thighs, clean the sweetbreads well and place in salt (about 30 g per kilo) for a full day, keeping them in a cool place.

The next day, rinse them well and cook, either in the fat from the duck itself or in lard, over a low heat for two to three hours together with some bay leaves and sliced garlic, until tender. Then, put them in a mason jar and cover with the cooking liquid.

To serve, cut the sweetbreads into pieces, warm them up, and then place on top of the curly endive together with the tomato, green garlic, mushrooms and olives. Season well and they’re ready to serve.

Ingredients for curly endive with duck sweetbread confit and mushrooms: