SPINACH WITH PINE NUTS AND RAISINS 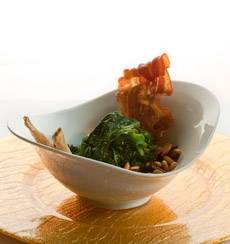 Spinach with raisins and pine nuts is a well-known dish in Andorran gastronomy, although it actually derives from the influence of Catalan cuisine. The fact that the Principality is so close to Catalonia has led to many Catalan dishes being adopted by Andorra. In this case, the Andorran version has developed from the traditional “Catalan Style Spinach”, with a few variations in the ingredients such as the addition of bacon or ham. This dish dates back to medieval times, when pine nuts and raisins were among the ingredients most frequently used in recipes throughout the Mediterranean. Today, it is a very popular dish everywhere in Spain.

The basis of the dish is spinach sautéed with pine nuts and raisins. It is served as an accompaniment to meat dishes and omelettes, and also as a garnish, to give just a few examples... It is a dish that’s great to serve up as part of an everyday meal, as well as on festive occasions as a stuffing for the traditional Boxing Day cannelloni.

A really delicious way to enjoy a seasonal vegetable! 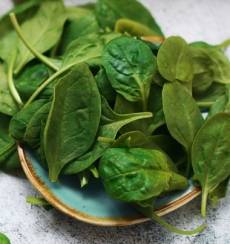 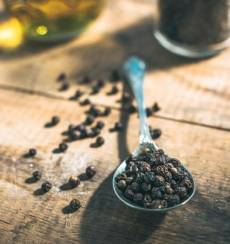 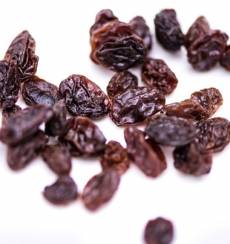 Boil the spinach. When cooked, drain well, and chop finely. Lightly sauté the pine nuts, and then add the raisins. When the pine nuts are nicely browned, add the spinach, mix well and cook for a few minutes.

You could try adding some boiled white beans and croutons too - delicious!

Ingredients for making spinach with pine nuts and raisins (serves 6): 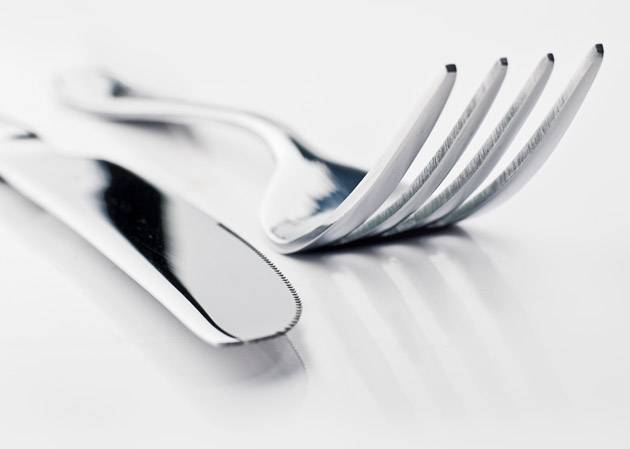