There you will find different liturgical objects from the different town churches spread between three rooms: gilt work, textile and paper. Its pieces include the remains of a Romanesque wrought iron candelabra from Sant Romà de Vila, a bronze thurible from the 14th century, a ‘Vera Crucis’ from 1571 and the reproduction of the mediaeval Codex of Beatus of Liébana, and several parchments from the 16th and 17th centuries.

To round off your visit to the Museu d'Art Sacre (Sacred Art Museum), you can also visit the parish church of Santa Eulàlia d’Encamp, the only church in the country to have a Lombardy Romanesque style bell tower, and the tallest in the Principality.

The Romanesque construction, remodelled between the 17th and 20th centuries, has an interior that stands out for its arcade built in the 14th century, the three 17th-century altarpieces and the baptismal font decorated with arches and fleur-de-lis, among other decorative elements.

Walk around the old town centre of Encamp

Finally, we recommend that you do not leave without walking around the cobblestone, narrow lanes of Encamp's old town centre, which will take you back in time to medieval Andorra!

Visits to the centre are by guided tour, which need to be arranged and booked in advance by contacting the Casa Cristo Ethnographic Museum.

Visits to the Sacred Art Museum also include a visit to the Santa Eulàlia d’Encamp parish church. This space is accessible for people with reduced mobility. Duration 30 min. Languages: Catalan, Spanish and French. Space adapted for the physically impaired. Open only in July and August. 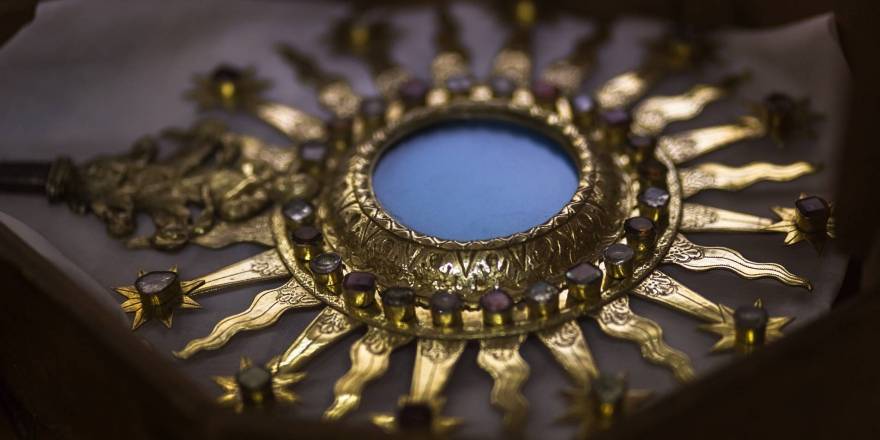