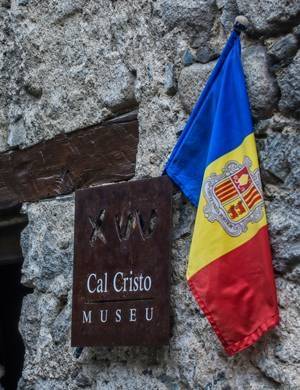 The variety of museums in Andorra includes ethnographic proposals that reproduce what life was like in the Principality in times past.

One such museum is Casa Cristo, a humble rural house located in the centre of Encamp, which was inhabited by day labourers until 1947. Continue reading to find out about its most interesting elements, the types of tours held and other interesting information.

A reflection of the most humble classes

Casa Cristo is much more than just a simple house-museum: it is a journey through time that takes Andorra's visitors back to the end of the 19th century and the start of the 20th. And to be more precise, to the most humble social stratum of that time, as this building was inhabited by a family of day labourers with no land. This three-storey village house was refurbished at the end of the last century, but maintained its distribution and its most significant elements as a testament to a bygone way of life. A slab sink, a secret drawer for hiding money, an already centennial baptism gown, and the numerous details throughout the house display both austerity and dignity at the same time. Despite the fact that the building is quite narrow, due to the need to adapt it to the reduced size of the plot, it has rooms of diverse use such as a pantry, a storeroom for holding work tools and a room of a more social and festive nature on the top floor. It was inhabited until 1947, the year in which its last tenants ceased to use it as a regular home after heading to France.