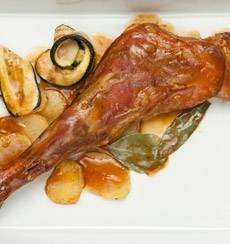 Goats are hardy animals that adapt well to difficult terrain; they were among the first animals to be domesticated by humans and are thus an ancient source of food. Their milk, meat, hair and skin are used almost all over the world. In Andorra and nearby regions, the type of goat meat eaten most commonly is kid, or the meat of the young animals, given the characteristics of this species.

There are kid recipes and preparations for all kinds of tastes and customs. The one we have for you, roast kid with crushed nuts, is a typical dish from the country’s capital, Andorra la Vella. As with other recipes, this dish is influenced by traditional Catalan gastronomy.

Many specialities featuring kid meat are prepared on the barbecue, in the oven or by stone-grilling, and the meat is served with a variety of condiments that complement it to perfection. Kid is a red meat that is leaner and contains less cholesterol, fat and protein than veal or lamb. It’s also lower in calories than beef or chicken and requires careful cooking to ensure that the meat stays tender and retains its flavour.

As well as the shoulder and leg, the ribs, chops, and rack are highly regarded and usually prepared either roasted or in stews. 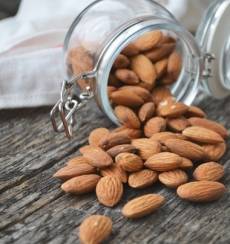 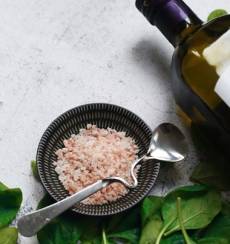 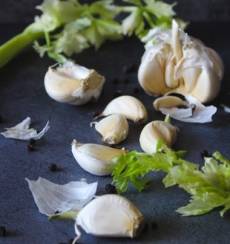 Place the kid on a baking tray, season with salt and pepper, add the bay leaves and a splash of oil. Cook at around 160°C for about 40 minutes, adding a splash of white wine from time to time. Chop up the pine nuts, peeled almonds and garlic cloves and mix together with the flour and stock to make a sauce. You can use an electric mixer for this. Pour the sauce over the kid and cook the meat at 180°C until golden.