High up in Andorra’s mountains, products can only be top quality. Find out more with the help of producers who bring you the best of local food, drink and artisan products.

OUR AGRICULTURAL AND LIVESTOCK FARMING HERITAGE

We invite you to delve into our agricultural and livestock farming history through our most artisan products. The flavours of our land will make you rediscover the traditional simplicity and warmth found in homes.

The experience of high-mountain grazing in serving quality food.

I WANT TO TRY IT! 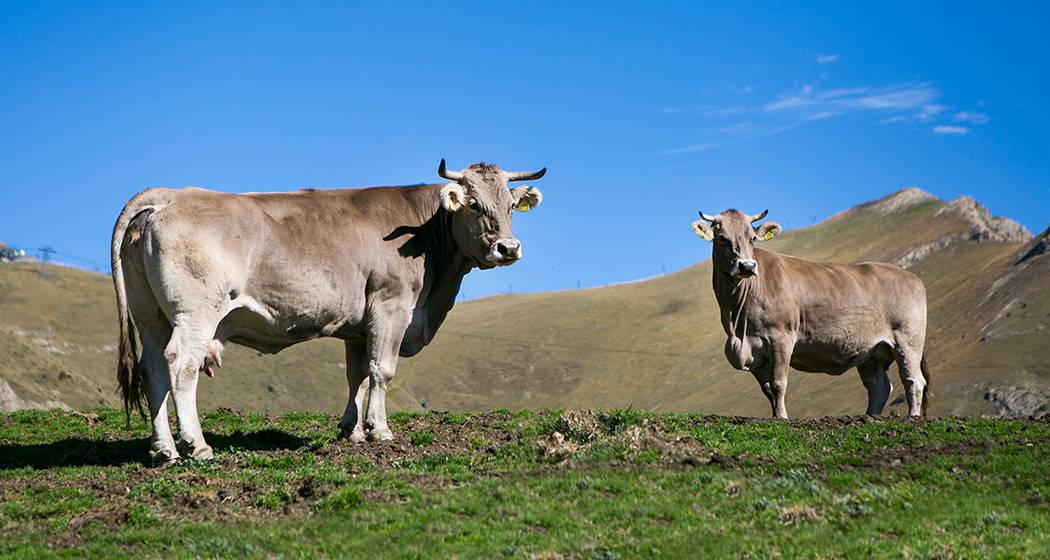 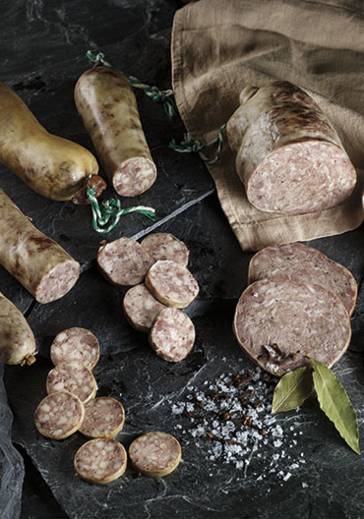 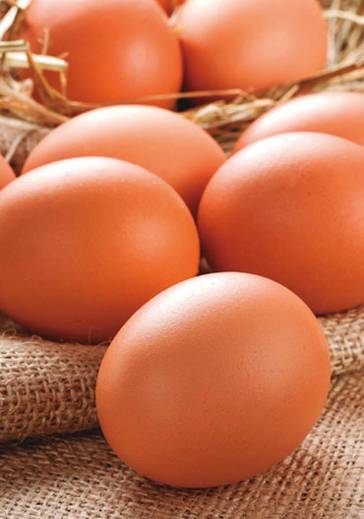 A farm specialising in organic production, committed to the environment and products of the land! 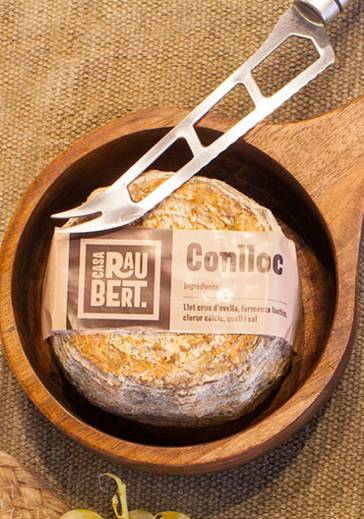 Taste our “shepherd’s cheeses” made exclusively from sheep's milk. 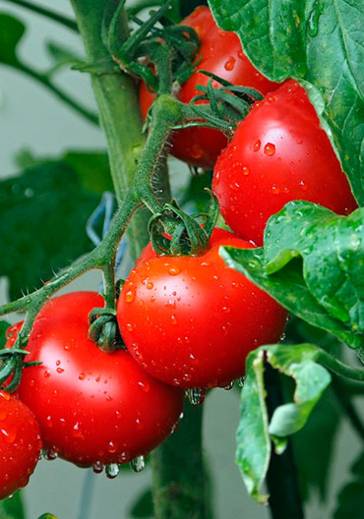 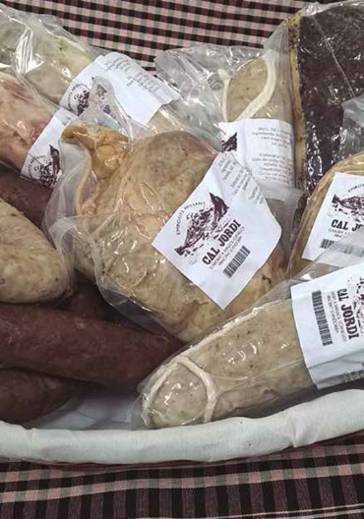 The traditional curing process that gives you the natural taste of the cured meats. 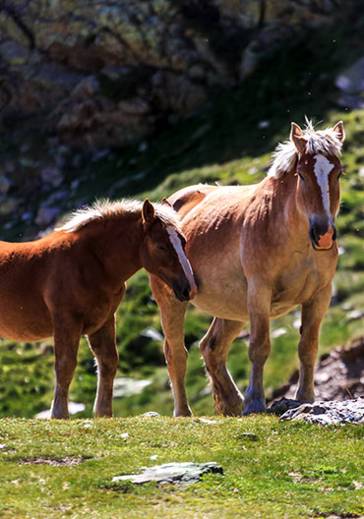 Meat from organically raised horses, with the “Andorra” quality seal. 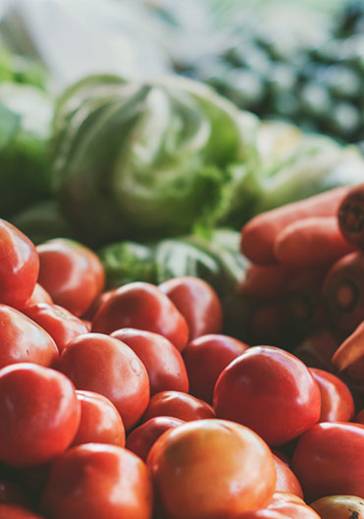 Discover our 0 km vegetables, from the allotment to your table. 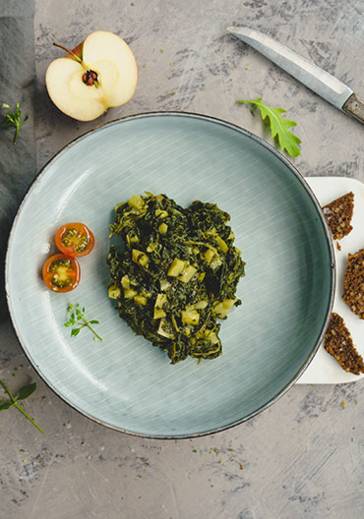 Specialists in organic cuisine made with home-grown products, to offer you the best of traditional cuisine. 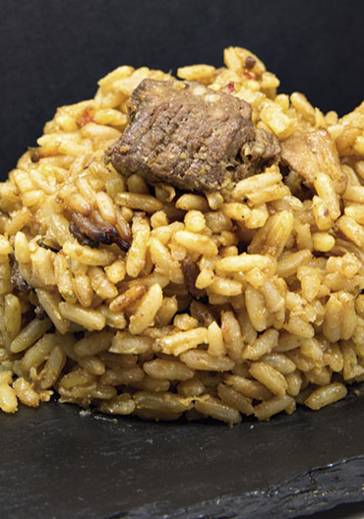 Preparation of traditional dishes, with the quality guaranteed by our local products.

The natural flavours, carefully prepared by small producers, who are will be happy to welcome you to enjoy them whenever at with whoever you choose.

El Pastador makes and sells artisanal jams, following a tradition passed on down the generations.

Nectum fir cone syrup is a natural remedy as well as a condiment for local dishes.

Located in the Juberri area, surrounded by a range of different oak trees, is the Casa Folch farmhouse .

Ratassia de la Carmeta® is a craft liqueur prepared using walnuts and hand-collected medicinal herbs from the mountains of Andorra.

Naturalis is a small company that produces agricultural products from the high mountains, respecting natural cycles.

Autèntic produces seven varieties of high mountain honey from its hives in Canillo.

If you are a chocolate lover, don’t miss out on trying the gourmet delicacies of Xocland! 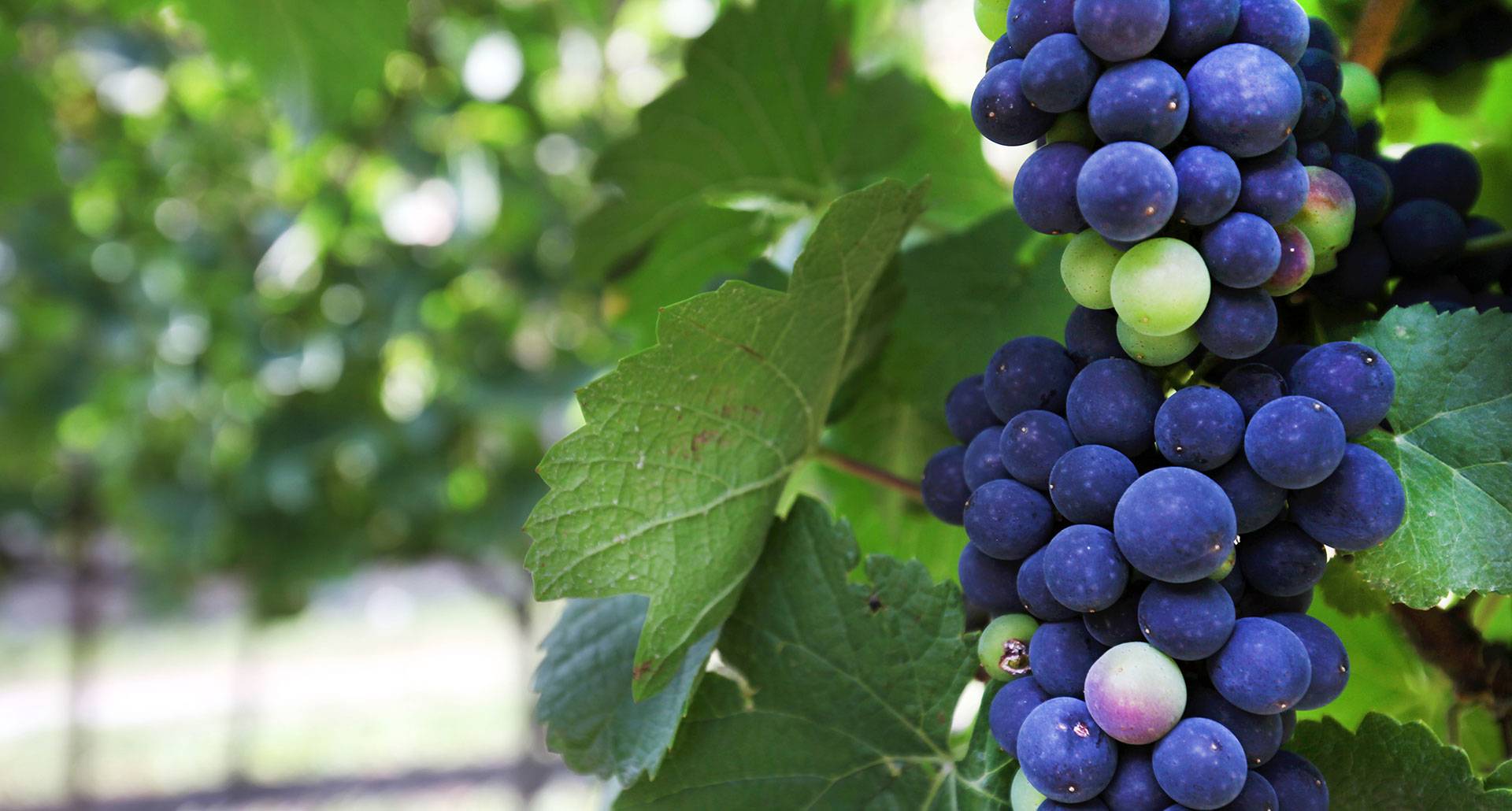 "MADE IN ANDORRA” WINES AND BEERS

Unique, traditionally made products, which bring the essence of Andorra’s exclusive wineries and producers direct to your table.

Pioneers of wine tourism in Andorra, you can visit their organically cultivated vines all year round

THIS IS FOR ME
CASA BEAL

They have been working since 1988 to produce great wines in their winery, recognised in 2014 with an award from the International Wine Guide

THIS IS FOR ME
CASA AUVINYÀ

You cannot fail to be excited by a visit to their cellars. As well as seeing the process of making the wine, you can taste the wines produced on site

THIS IS FOR ME
MAS BERENGUER

A young winery, which has inherited a long family agricultural tradition. Its vineyards are located in Pui d’Olivesi.

THIS IS FOR ME
ALPHA

THIS IS FOR ME
AND BEER

The taste of a craft beer with a unique character

THIS IS FOR ME
BORIS CRAFT BEER

This craft beer is made with 100% natural ingredients, you must visit the brewery

THIS IS FOR ME
CASUS BELLI

Casus Belli is the Principality’s only winery in Valls del Nord. It is located in the Any de la Part estate in Ordino and boasts Andorra’s highest altitude vineyards.

THIS IS FOR ME

PAMPER YOURSELF WITH ANCESTRAL FORMULAS

Resting and taking care of your skin will benefit from our techniques and natural recipes, recipes that have passed through the generations and that take advantage of the resources offered by nature.

The natural fibres of sheep's wool has inspired Vital to revive traditional shepherd’s cushions. A slice of tradition in our homes.

Natural cosmetics made to ancestral recipes, adapted to modern times for the well-being of everybody.

Would you like to know how to cook trinxat amb crosta (mash with crackling) or the classic Andorran stew of escudella? Here we offer you a list of recipes for the country’s most traditional dishes, made with locally sourced products. Mouth-wateringly tasty!

THE EFFORT MAKES US AUTHENTIC

The mountains have made us different. They have shown us that altitude comes with its own rules and we have to follow them. Here are the fruits of our labour.

Andorra: from its legendary escudella to international dishes

Historically, traditional Andorran cuisine centred around typical Pyrenean mountain dishes, but in recent years the Principality's food and drink scene has evolved a lot. French and Spanish cuisine have always been and continue to be present in Andorran gastronomy, with French food particularly predominant in the north and Catalan food in the south, with the rich escudella being the oldest documented soup dish in Europe. Italian food has also become quite popular. All in all, today's Andorran dishes have all kinds of international influences.

Nowadays, it's easy to find an excellent selection of restaurants where you can sample food from practically all over the world. If you're planning your next visit to Andorra, don't miss out on these local products that tickle the taste buds of all those who visit the Principality.

The best of typical Andorran gastronomy

It would be impossible to start with anything other than the famous escudella, one of the most traditional and sought-after dishes, as well as one of the most appetising to warm up with. It's made with beef, sausage, vegetables, noodles, rice and chickpeas. It's a very common winter dish on tables in Catalan areas, as well as in the Balearic and Andorran regions. Other typical options are also available to tickle your fancy, including trinxat de col, made with white cabbage, potato, bacon, black pudding, oil and salt, or carn d'olla, which is the escudella broth meat. Andorra's meat is in fact one of the symbols of the area, and the same is true of the sausages from Cal Jordi or Els Escaubells, where, among other things, sausages are made specifically for the preparation of escudella.

While you're delighting in restaurant menus, we also recommend that you try civet de jabalí, marinated wild boar made using vegetables paired with some of the delicious wines of Andorra, continuing with a relaxed after-dinner experience, tasting a family liquor passed down through generations known as Ratassia de la Carmeta, prepared with nuts and medicinal herbs harvested by hand from the Valleys of Andorra.

To top off a day with friends or as a couple, don't forget to try a good Andorran beer.

With an ever-increasing desire to take care of ourselves, a balanced diet and healthy eating are more essential than ever these days. Andorra offers top-quality products, including seasonal vegetables, which you'll find at Cortal Llumeneres, Casa Folch or the market. Fruit and vegetables from Andorra are combined in restorative recipes to be savoured after a great day in the snow.

Even if you're just passing through the Principality, though, there are a number of quick fixes to complete your journey. We'd recommend buying cheeses from Casa Raubert or chocolate from Andorra, which has become more well-known thanks to artisan chocolate shops such as Xocland, which you'll find in La Massana. If you're one of those people who likes to maximise cold and snow time to the fullest, Nectum spruce syrup will come in handy, as it works a trick for skiers' colds. It's made by El Rebost del Padri and to this day is still prepared according to the traditional recipe. You can also taste honey from Naturalis, Casa Folch or Autentics, among others.

The great variety of Andorran products is the result of years of tradition and passion for looking after both the locals and the many visitors the Principality receives year after year. Discover all that Andorra has to offer. Just a few hours away, it has a unique selection of gastronomic and cultural options available. See you there!

Discover all that Andorra has to offer. Just a few hours away, it has a unique selection of gastronomic and cultural options available. See you there!