The falles, the fire festival that celebrates the arrival of the summer solstice, are a tradition that is celebrated in several regions of the Pyrenees. In December 2015, they were included on UNESCO's List of Intangible Cultural Heritage.

Originally, the falla was a long branch onto which sheets of silver birch bark were skewered and which the young people of each region, the fallaires, set alight and twirled around the bonfire. They would also bring them down from the mountains to a bonfire in the centre of the town. Once lit, the falles are spun around quickly to create balls of fire, making for a visually stunning effect.

In 1987 a group of youths from Andorra la Vella recovered this ancient tradition that was lost in the middle of the last century. Today, the falles are lit on Midsummer’s Eve, 23 June, in Andorra la Vella, Encamp, Sant Julià de Lòria and Escaldes-Engordany. And on the eve of the Feast of Saint Peter, 28 June, in Ordino. The celebration of the falles festival ends with the lighting of the traditional bonfire, which is done using the falles. In 2010, the falles were declared a Festival of National Interest by the government of Andorra and were included in the general inventory of Andorran heritage as an intangible asset.

To get the little ones involved, in Andorra la Vella, Sant Julià de Lòria and Escaldes-Engordany, falles of light rather than fire have been created, which are balls that are also spun around, allowing kids to participate and enjoy the festival safely.

The association Associació Fallaires d’Andorra la Vella was created in 2013 and its mission is to teach, spread and preserve the tradition of burning the falles on Midsummer's Eve in Andorra la Vella. In 2015 the Andorra la Vella Parish Council declared the association a cultural organisation of public interest. Since 2017 the Principality's five groups of fallaires have been working together in the Taula Nacional de falles de les Valls d’Andorra (National Table of the Falles of the Valleys of Andorra). 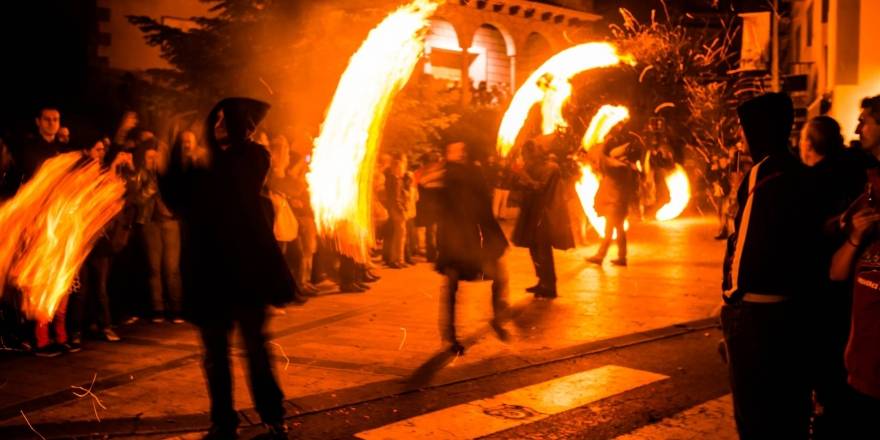