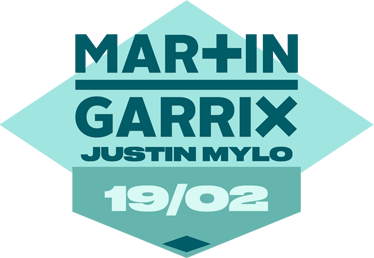 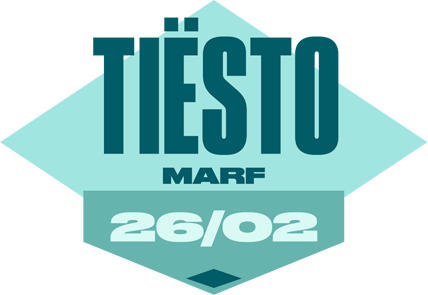 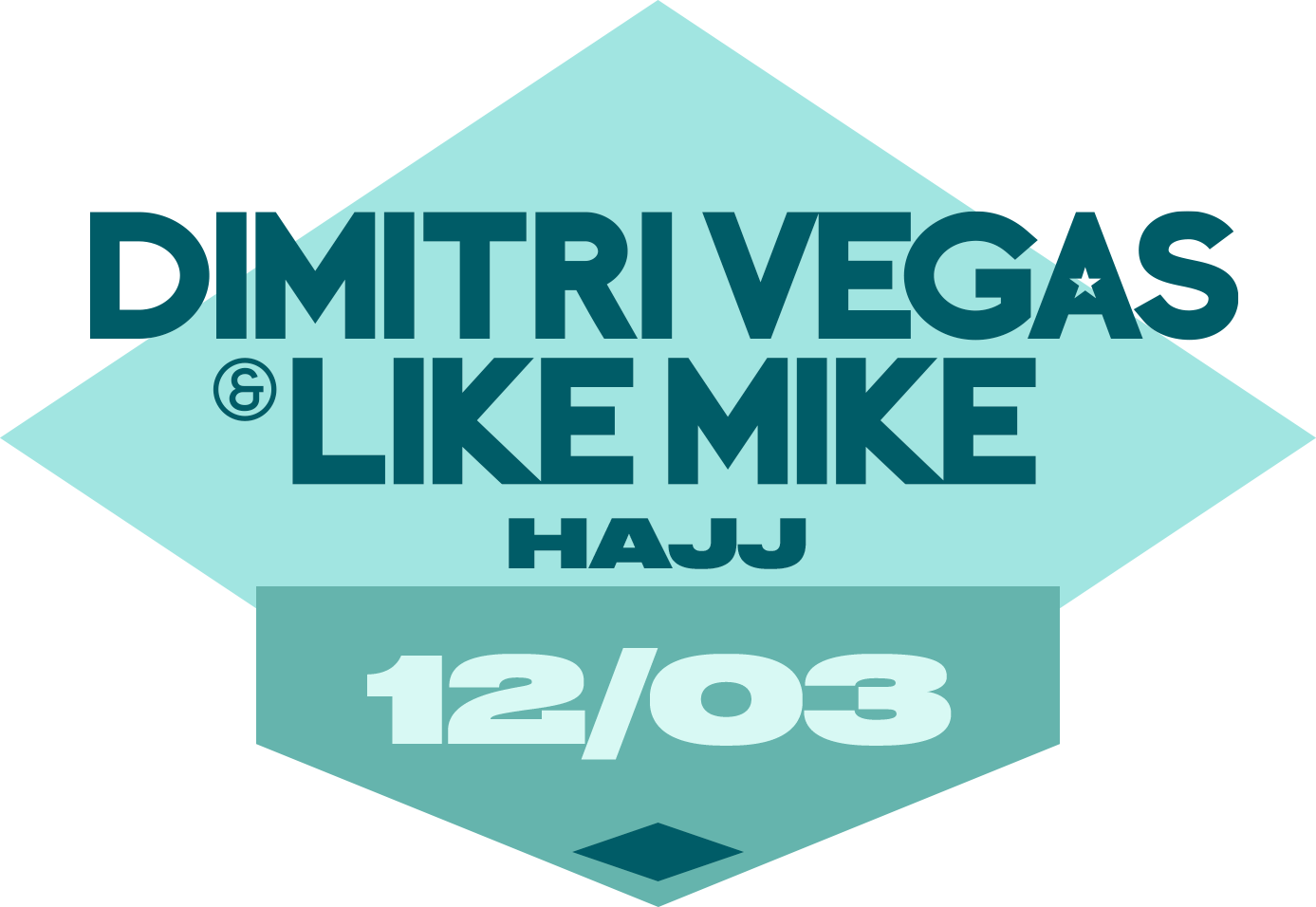 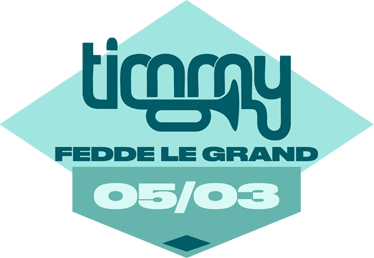 Do you want to move to the music of today’s top DJs? TMartin Garrix, Tiësto, Timmy Trumpet and Dimitri Vegas & Like Mike await you from 19 February to 12 March 2022 in Andorra la Vella. We’ve got everything ready for a one-of-a-kind experience. Do you know who you want to watch?

With more than 27 singles and a studio album released in 2016, he’s now one of the biggest names in the electronic music genre. Enjoy his rhythm and energy this winter in Andorra. Don’t miss his biggest hits in the 2022 edition!

Renowned Dutch DJ and producer Martin Garrix decided to get into electronic music when he saw Tiësto perform at the opening ceremony of the Athens Olympic Games. Throughout his career, he has followed his instincts, developing an innate ear for frequencies and an affinity for electronic sound.

He’s now eight years into a career that began with the debut single ‘Animals’ in 2013, which topped the charts all over the world. With a new breath of fresh air and his youthful approach, energetic spirit and devotion to creating quality music, Garrix managed to release a slew of hits just one year later. This cemented him as the new face of electronic music at the tender age of 17.

His first hits were ‘Proxy’, ‘Helicopter’, ‘Wizard’, ‘Turn Up the Speakers’, ‘Virus’ and ‘Gold Skies’, all of which remain relevant to this day. He began collaborations with great artists that gave rise to creations such as ‘Don’t Look Down’ with Usher, ‘The Only Way Is Up’ with Tiësto, ‘In the Name of Love’ with Bebe, ‘Scared to Be Lonely’ with Dua Lipa, ‘There for You’ with Troye Sivan, ‘Ocean’ with Khalid and ‘Summer Days’ with Macklemore and Patrick Stump of Fall Out Boy.

Since then, his fame has only grown. He has been ranked number one DJ in DJ Mag’s Top 100 for three years in a row and performs at around 150 events worldwide annually. With a discography that boasts over 27 singles and a studio album released in 2016, Martin Garrix is already a true benchmark in the electronic genre.

Enjoy his rhythm and energy this winter in Andorra... 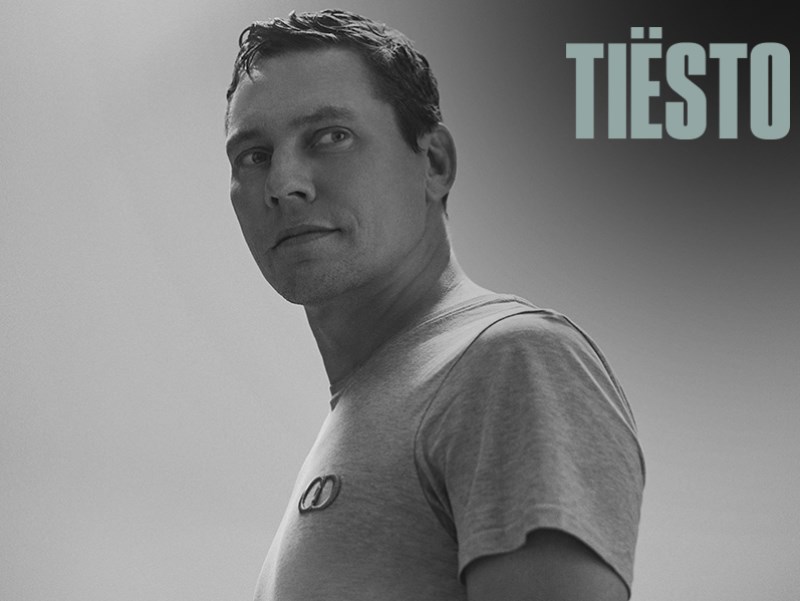 With a career spanning more than 30 years, there’s no doubt that Tiësto is one of the DJs who’s definitely left his mark on the trance and electronic music scene. Get ready to listen to hits you won’t be able to stop dancing to.

With a career spanning more than 30 years, there’s no doubt that DJ Tiësto is a pioneer in experimenting with trance and house music. A fan of producing singles that were played in venues in his native Netherlands, in 1994 Tiësto recorded his first tracks in the ‘Forbidden Paradise’ series on the Basic Beat Recordings label. It wasn’t until 1997 that he created his own label with Arny Bink, producing hit songs that conquered the trance and house music scene, such as ‘Wasted’ featuring Matthew Koma, ‘Ritual’ with the voice of Rita Ora, ‘Jackie Chan’ featuring Post Malone and ‘Red Lights’, ‘Eternity’ and ‘Wonder Where You Are’ with Armin Van Buuren.

He produces his own projects on the Black Hole Recordings label, such as the Summerbreeze compilation, which was his debut album in the United States. In 2001, he released his first solo album In My Memory, with five singles that propelled Tiësto’s career: ‘Dallas 4PM’, ‘Lethal Industry’, ‘Obsession’, ‘Suburban Train’ and ‘Flight 643’. He won the title of Best DJ in DJ Mag’s Top 100 DJs for three consecutive years and is currently ranked eighth. His success is such that he had the honour of being the first DJ ever to perform at an opening ceremony of the Olympic Games in Athens. Shortly after, he won a Grammy nomination for Best Dance Album for his third album Elements of Life, which reached number one on several charts.

Tiësto’s career is undoubtedly one of the most prolific and extensive in the world of electronic music. Together with countless singles and remixes, he has released up to six studio albums, from which he has produced worldwide hits with artists such as Calvin Harris, Nelly Furtado, Priscilla Ahn, Hardwell, Matthew Koma, Firebeatz, Icona Pop and Krewella. In recent years, Tiësto has turned his musical style around by mixing more mainstream tracks such as John Legend’s ‘All of Me’, which won him a Grammy Award for best remix.

There’s absolutely no doubt that Tiësto is a trance music legend who’ll make everyone come alive as he performs the top remixes of his career. 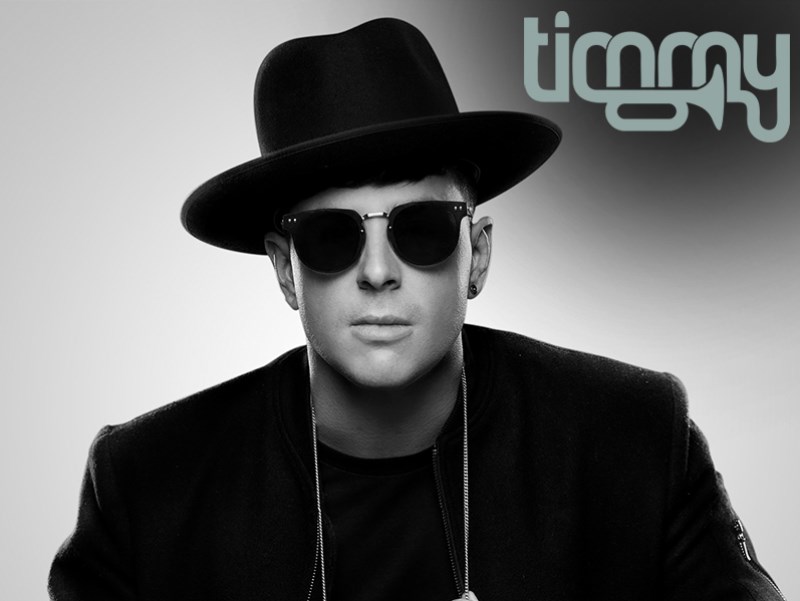 The Australian DJ is coming to Andorra to shake things up at the festival. You won’t be able to stop bouncing and dancing during this one-of-a-kind session.

DJ, producer and live instrumentalist Timmy Trumpet is undoubtedly one of the most explosive performers in the music scene. An award-winning, multi-platinum recording artist, his breakthrough single “Freaks” reached over half a billion streams and dominated the charts in ten countries. His debut mainstage performance at Tomorrowland in 2017 is the most streamed set of all time on the official YouTube channel. In only 18 months, Timmy has amassed 1.5 million followers on TikTok with over 75 million video views.

In April 2020, Timmy livestreamed from his Sydney apartment for the very first time – clocking up over 7 million views – becoming one of the most watched electronic performances of the year. In the same month, Timmy released “Diamonds”, accompanied by the world’s first music video to be filmed and directed entirely in isolation, which later went on to win awards at international film festivals. In December, Timmy’s debut album Mad World surpassed 100 million streams on Spotify in less than three months. He is currently ranked the world’s no. 10 DJ in the DJ Mag Top 100.

When asked if he ever pinches himself as he looks back on a career that has come a long way from its humble beginnings of band camp and after-school jazz practice, you only get one response…“We’re just getting started!” 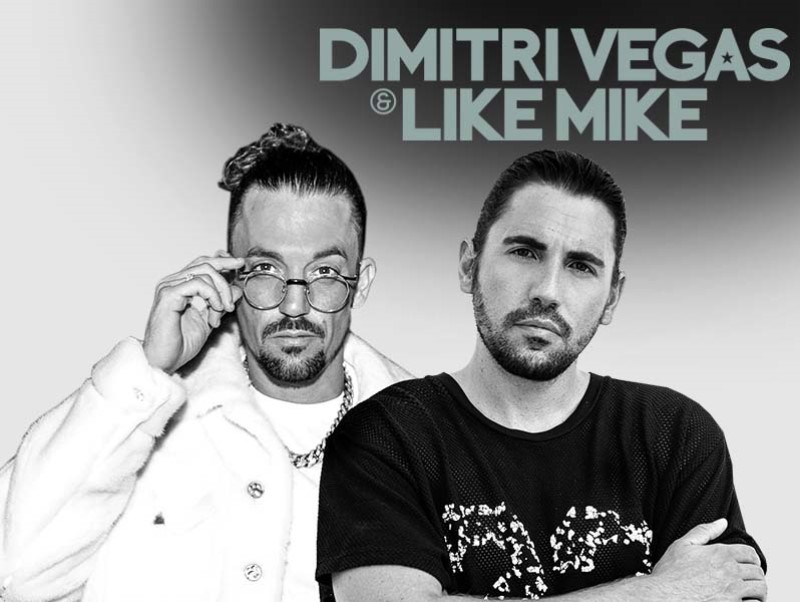 The best of Tomorrowland comes to Andorra with these two Belgian DJs. Their numerous hits have been played all around the world and now they’re ready to rock at the festival.

Dimitri Vegas & Like Mike’s path from celebrated DJs to dominating the global electronic music scene has been on a constant, upward trajectory leading them to once again become the World toppling No.1 DJs. Having won the 2019 edition DJ Mag’s Top 100 DJs poll the pioneering duo return to the top spot following their debut back in 2015, that saw them become the first-ever duo to win the No.1 DJ’s crown. Their unique live shows have propelled them into global stars and enabled them to become two of the most prominent dance music figures of the modern era. The anointed ‘King of Tomorrowland’ set the world stage on fire with countless headline performances for festivals such as EDC Las Vegas, EXIT festival, Parookaville, UNTOLD, Sensation and Creamfields. As well as led to the duo becoming a fixture on stages normally reserved for pop and rock stars, of which have included the UEFA Champions League Final in Madrid and Lollapalooza South America.

Having gone Platinum with ‘The Hum’, their magic touch was repeated on the Ne-Yo collaboration ‘Higher Place’ spending 10 weeks atop of the Belgian chart and securing the #1 Billboard Dance Chart spot. This placing reoccurred with the release of their single ‘Hey Baby’ with Diplo. The brothers teamed up with Hans Zimmer for the 5th instalment of the blockbuster movie ‘Pirates of the Caribbean’ to rework ‘Dead Men Tell No Tales’, whilst their single with David Guetta and Kiiara ‘Complicated’ to date has amassed over 127 million streams on Spotify and 60 million YouTube views. All of which has led to the duo winning numerous awards including MTV EMA for ‘Best Belgian Act’ at the MTV EMA, as well as having collaborated and remixed artists as diverse as Coldplay, The Chainsmokers, Lady Gaga. 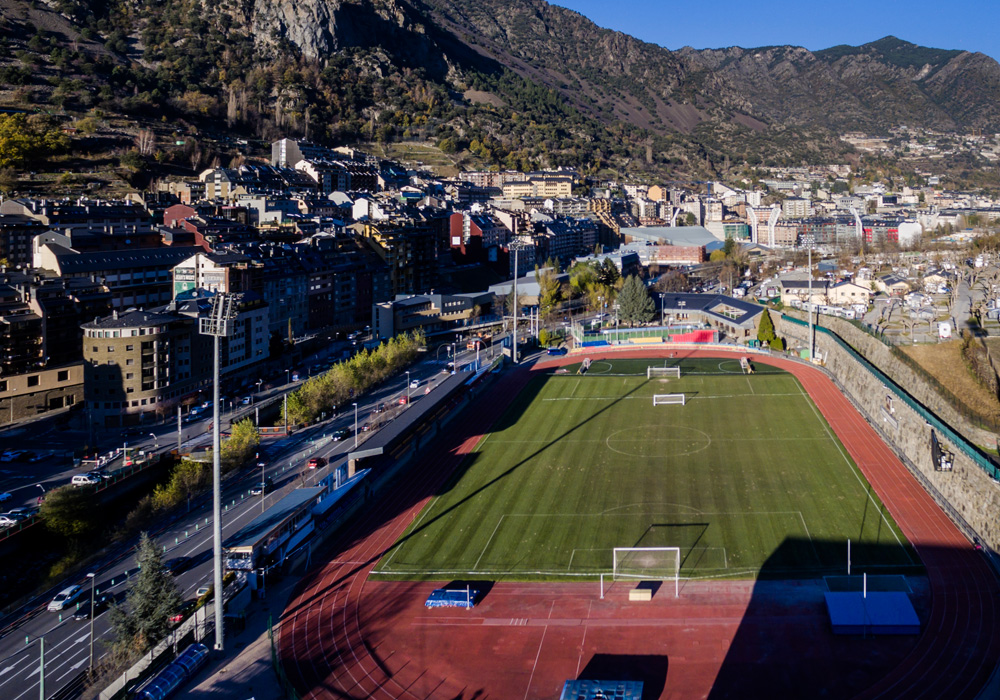 After the fantastic experience of Andorra Mountain Music in Soldeu this summer, the best music returns to Andorra with a winter edition. On this occasion, the festival will be held right in the heart of the capital, Andorra la Vella, at the Estadi Comunal Joan Samarra Vila. Can you imagine a better idea after a day in the snow, shopping or relaxing, and enjoying the best DJs of the moment?

The Joan Samarra Vila stadium is right next to the main shopping areas of the capital and the National Bus Station, allowing access to various parking areas right in the urban centre.

The venue, which has a capacity of 5000 people, has a covered stage and a very large area in the open air where you can stand, dance and enjoy the beats of the best music.

How do you fancy making your days in the snow longer in Andorra?

The safety is of primary importance, so we have created a protocol to allow you to dance, sing and bounce to your heart’s desire. Entry to the festival precinct will only be allowed with a certificate of a negative SARS-CoV-2 diagnostic test result. Learn all about it before you come!

* These measures may change at any time in line with official health advice from the Andorran Government.

ADD A HOTEL TO YOUR TICKETS

Extend your visit to Andorra Mountain Music and stay at one of the country’s accommodations. Select the hotel + tickets pack that works best for you.

WHEN DOES IT BEGIN?

WHEN DOES IT BEGIN?

* To maintain safety measures, we recommend arriving in advance to avoid crowding and large queues.

HOW TO GET THERE?

HOW TO GET THERE?

Check information on public transport lines to Andorra la Vella and parking areas near the venue. Be sure to get your parking spot!

If you come to Andorra, forget about roaming. Enable the eSIM and save on calls and data.

Do it from home, even if you aren’t an Andorra Telecom customer.

PLEASE CHECK THAT YOUR PHONE SUPPORTS AN eSIM

HOW TO GET THERE