The 20th century marks a turning point in the socioeconomic progression of Andorra. Roads started to be built at the beginning of the century and from the 1930’s, there was a noticeable change in traditional architecture that would run until the 1960’s with the so-called granite architecture that came about with the spa tourism push, the electrification of the country, the temporary emigration of young building apprentices and the contribution from renowned architects in building the country.

This type of architecture is fully integrated into the natural setting, using local stone for façades and representing an innovative spirit with regard to the architecture style used until that time. The large hotels and spas were built around this time (including Hostal Valira, Carlemany, Hotel Rosaleda); electricity arrived with the construction of FEDA; Ràdio Andorra began broadcasting from a state-of-the-art building, and the Valira Cinema and, later, the Carlemany became new entertainment complexes.

Standout examples from this period are the ‘Casa dels Russos’ (1916) by the architect César Martinell (a disciple of Gaudí) who used local materials to visually transform the general features of Catalan Modernism, and the ‘Casa la Cruz’ dating to the 1930’s and designed by Catalan architect and notable art historian Josep Puig i Cadafalch. Further examples are the dam and ranger station in Ràmio; the Hotel Carlemany; Casa Xurrina; the old Valira Cinema (currently the home of the CAEE); Casa Vidal; Casa Palmitjavila, and Casa Duró, as well as other architectural details ensconced in the urban landscape.

Finally, in the latter third of the 20th century, some of the most iconic constructions in the country were being built, which would contribute to changing the image of the Principality: the Sanctuary of Meritxell, the Caldea thermal spa centre and the new Andorra Parliament building (Consell General).

You can find most of this evolution in towns like Andorra la Vella and Escaldes-Engordany. 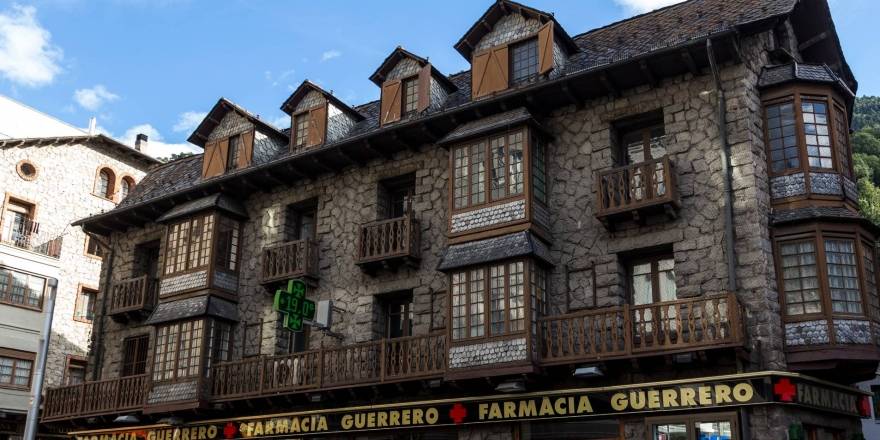